How to Fix Guild Wars 2 Errors 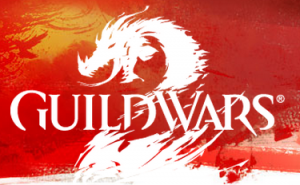 As a gamer you know how important smooth and uninterrupted gameplay is, especially if it’s a MMOG. Guild Wars 2 is a hugely popular online 3D fantasy world video game. Unlike other online games, it’s focused on player vs. player gameplay, which makes speed and performance even more important. That’s why Guild Wars 2 errors are so annoying and have to be dealt with as soon as possible. In this article we’ll provide some fixes for common Guild Wars 2 errors.

The Guild Wars 2 .exe error started appearing very recently, after an update from the game developers. This is a very persistent and annoying error because it keeps recurring and can happen as often as 4-5 times per 10 minutes. It usually appears on Desolation Borderlands. Unfortunately, this error is a bug, so a hotfix from the game developer is needed to fix it. Unloading system resources by cleaning up temporary files and unloading the memory seems to help a bit, but it doesn’t make the error go away.

There are two common reasons for Guild Wars crashes:

If you are experiencing Guild Wars 2 crashes because of insufficient system resources, then it’s recommended to give your PC a thorough cleanup. This includes cleaning up temporary Internet files and other junk files, cleaning and repairing the Windows registry, flushing your DNS, eliminating unnecessary startup items, and defragmenting the registry. You can do all this manually, but it’s better and faster to use an all-in-one system utility like RegAce.

Another reason for Guild Wars 2 crashes is your hardware – if your computer doesn’t have enough CPU or RAM, you won’t be able to play the game. Not having enough disk space can also affect gameplay. In addition to that, you need to have a stable high-speed Internet connection for the game to run smoothly.