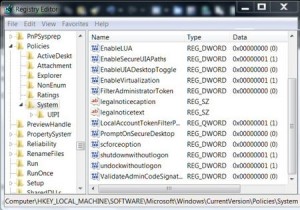 We’ve been receiving questions from our readers about what to do when Windows 8 programs and drivers stop working correctly. In this article, we are going to explain why this happens and how to deal with it.

Changes to the Windows 8 registry

Did you know that Microsoft made some important changes to the way Windows 8 registry works? Unlike previous Windows version, Windows 8 doesn’t make changes to the registry as soon as you install a new piece of software, a new driver, or simply edit it manually. Instead, the registry flushes modified data to the disk at regular intervals of time and the system waits until system shutdown to implement them all. While Microsoft claims that this has been done to maximize performance, there is a serious flaw with this registry update method.

In theory, all should work well. But if your computer doesn’t get shut down correctly, there is a power outage or it simply crashes, the new data doesn’t get written to the registry the way it should. When that happens, either the changes don’t get implemented at all, or only some of the new data is added to the registry. Therefore, it’s not surprising that this can cause your programs and drivers to stop working. This is especially true for newly installed software and drivers – they will appear to be there, but the won’t be any registry entries for them, which means that they simply won’t work.

How to fix Windows 8 registry errors

If you’ve experienced problems with software or driver installations in Windows 8 because the registry changes weren’t written to the disk, you should fix the error manually.

First of all, you’ll need to remove any partially written and corrupted entries from the registry. To do that, download and run a trusted registry cleanup program. Let it scan your computer and repair all errors that it finds. When the repair is finished, reboot your computer.

Reinstall the software or the drive

When your Windows 8 registry is free of corrupted and invalid entries, you will need to simply reinstall the program or the driver. When you do that, make sure you shut down your computer when the installation is complete, so that all the changes are written to the disk. If you don’t want to power off and power on again, simply rebooting your PC should do the trick. But to be on the safe side, we recommend the actual shut down process.