Why You Should Never Defrag an SSD 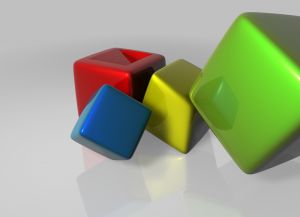 Windows users are so used to performing regular maintenance to their PCs like cleaning up and defragging, that they never stop to think that defragmentation is not always a good idea. If you use a traditional hard drive, then it can be beneficial to run disk defrag. But if you have an SSD, defragging it is not only useless, but it can actually damage your drive.

Why Does Defragmentation Damage SSDs

SSDs are not at all like traditional hard drives because they don’t have any moving parts. In fact, you’d be better off comparing an SSD to a huge flash drive because it works using the same principles. Just like a flash drive, an SSD supports a limited number of writing cycles. In other words, eventually an SSD will not be able to take in any new files.

Now let’s look at defragmentation. When you defrag a drive, bits and pieces of files that are scattered around the drive are placed together. And yes, you guessed it right – when bits of data are moved, they are written to the drive. Consider that each unnecessary write to an SSD equals unnecessary damage, and you’ll never want to defrag and SSD again.

Why Defragging an SSD is Pointless

Actually, you don’t have to defrag an SSD ever because it’s absolutely pointless. Despite what some software developers say, defragging or “optimizing” an SSD won’t make your computer faster. You know why? Because an SSD does not have any moving parts and it doesn’t need extra time to read a scattered file. Have it scattered or have it in one place – the speed will be the same.

How Do I Improve SSD Performance?

Well, your SSD is pretty fast as it is. But if you want to make it work even better, remember to not install any junk software on your SSD (only install the stuff you really need). Also don’t forget to regularly clean up junk files using software like FileCleaner. That will help you free up additional space.