How to Fix FireFox Crashes the Easy Way 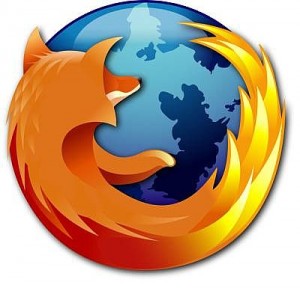 Mozilla FireFox is the second most popular browser after Internet Explorer. And that’s not surprising – FireFox is faster, more secure, has tons of useful add-ons and is a lot more stable than the Windows OS default Web browser. However, this doesn’t mean that FireFox doesn’t crash. In fact, you can get really unlucky and experience a lot of FireFox crashes.

Why Does FireFox Crash?

There are many reasons why FireFox can start crashing. Sometimes it happens because they website you visit is either broken or not optimized for FireFox. But that doesn’t happen too often nowadays (it used to, when FireFox was still a new thing). So, the most likely causes of FireFox crashes are add-on issues, Flash problems, Java problems, and Windows errors. Let’s have a look at what you can do to fix FireFox quickly and easily.

Having a faulty FireFox extension is one of the very common reasons for your browser crashes. When this starts happening, try to remember if you’ve recently installed a new add-on or updated an existing one. If yes, disable it and see what happens. If the crashes disappear, then that add-on was responsible for them.

Another common thing that causes FireFox crashes is outdated Flash. Because FireFox is updated very frequently by Mozilla, it’s important to keep all of your browser component up-to-date. So, if your FireFox start crashing when you are watching Flash content, go to Adobe’s website and update your Flash player. Most likely the crashes will stop and you’ll be able to enjoy browsing the Web to its fullest.

Outdated Java is known to cause FireFox to crash a lot. But that’s not the worst bit – Java is known to have lots of security vulnerabilities. Basically, if you have an outdated Java plugin, you are inviting viruses to infect your system. That’s why you should check for Java updates on a regular basis and install them as soon as they become available.

This should fix Mozilla FireFox crashes that you were experiencing and make your computer faster and more stable at the same time.