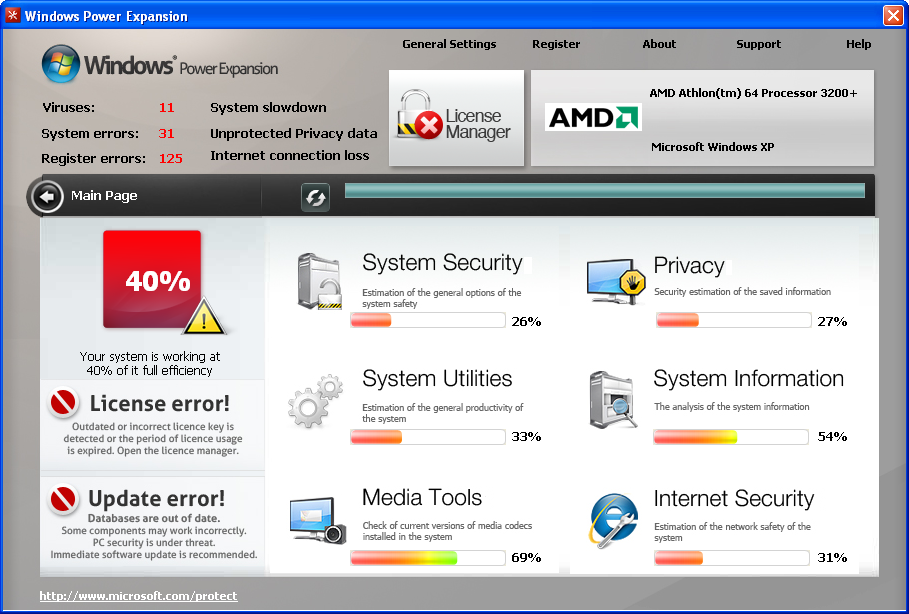 Windows Power Expansion is a fake antivirus tool that works by installing itself onto your computer and then pretends to find a series of viruses. We’ve found that although this program may look legitimate, it’s a complete scam which needs to be removed as quickly as possible in order to prevent any lasting damage to your computer. It has been created by hackers who are though to be in Eastern Europe, or Asia, and is being distributed through millions of Windows PC’s through the likes of having a number of different files & settings. To fix this infection, you should use the steps outlined on this page.

What Is Windows Power Expansion?

This is a newly released virus that’s been created by hackers to try and get you to buy the fake upgrade to the program. It’s more specifically known as a “malware” program – a fake piece of software that’s been created by hackers with the sole intention of performing some malicious activity on your computer. This virus might look legitimate, but it’s a complete scam – a program that’s not going to do anything for your PC except to trick you into buying the fake upgrade to the program.

We’ve found that this infection will typically just load up on your PC, and then block the likes of your Task Manager, Internet options & other important settings for your system. Although it’s a big cause of errors, we’ve found the best way to resolve the problems it has is to first remove it as quickly as possible, and then protect your computer from any future attacks.