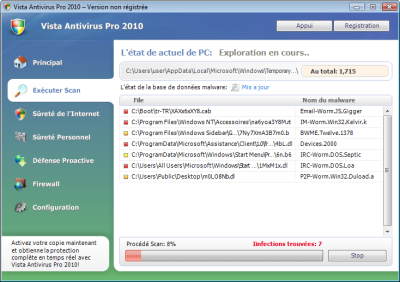 Vista Antivirus 2010 is a newly unleashed rogue antivirus tool which installs itself on your PC and proceeds to pressure you into buying this useless tool. Many people are finding this tool installed on their computer without their permission and need to remove it. If you are one of those people, here is what you need to do…

Where Does Vista Antivirus 2010 come from?

The origins of Vista Antivirus 2010 are not yet known, but it is installing itself on many computers from a series of fake spyware scan websites. Many fake websites have been set up which shows you an apparent picture of the “My Computer” Window of your PC.

And on this website, it shows a fake scan animation where many different made-up errors are shown which you are promoted to remove. Upon clicking the “Remove Errors” button, you will have the Vista Antivirus program downloaded to your PC.

Unlike many other rogue antivirus tools, Vista Antivirus looks to have been cloned and released as different versions, including:

How To Remove Vista Antivirus 2010

Malware Bytes is a free spyware & malware removal tool which you can download here.  You need to install it on your PC and then let it scan your system. If you don’t have access to the Internet (because Vista Antivirus 2010 blocked it) then you should download this tool on another PC and then transfer the installation file via CD or USB pen.

Although Malware Bytes is very effective at removing the actual infection from your PC, it does not finish the job properly… and ends up leaving a series of settings on your PC. These are kept in the ‘registry’ database and can actually allow the infection back onto your PC. In order to fully protect yourself, it is recommended that you download a registry cleaner and then use it to remove any of the infected ‘Internet Security 2010’ registry keys that can still cause problems. This tool is automated and is very easy to use. 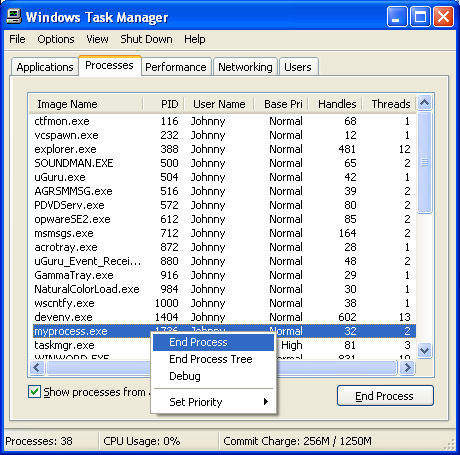 These directories store the files that make Vista Antivirus work. This means that you just need to go into “My Computer”, find the above directories, select them with your mouse and press SHIFT + DELETE. This will permanently remove them from your PC, preventing the program from loading up ever again.

In order to prevent Vista Antivirus 2010 coming back on your PC, you need to remove all the registry entries it has entered. This important, because many people leave these intact and end up having the problem come back again. Registry entries store the settings and options for the program, and by using a registry cleaner, you can remove them all and get your computer fit and healthy again. This is highly recommended