The Best Way To Remove The Fake AVG Antivirus 2011 Infection 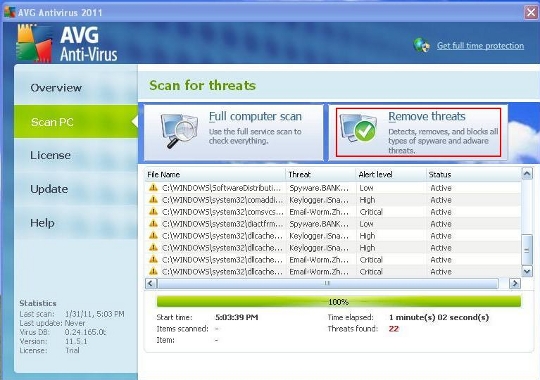 The Fake AVG Antivirus 2011 Infection is a fake anti-virus infection that can covertly gain access to your system and installing itself and then dispersing a number of files and settings throughout your computer which makes it extremely difficult to remove. If you do have this virus on your system then you will notice the effects on your computer taking place, such as windows closing down on their own and a very slow computer.

How Do You Catch The Fake AVG Antivirus 2011 Infection

Cyber criminals who specialize in creating computer viruses have been using a new tactic to disperse the virus, which is to attach the virus to Google images so when someone clicks on the image the virus will immediately start to download onto your system.