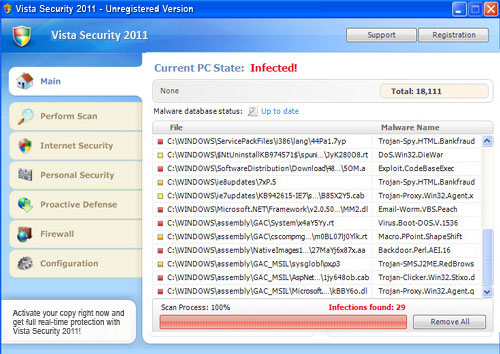 Windows Security 2011 is a fake antivirus tool which has been created by hackers to try and get you to buy the fake upgrade to this program. Despite the virus looking legitimate, it’s actually a total scam which will do nothing but cause a huge number of problems for your computer. To resolve the problems that are caused by this virus, we recommend that you are able to stop the virus from running, before then deleting it from your PC for good.

What Is Windows Security 2011?

This is a newly released virus which is actually a piece of software (called a “malware” infection). This virus is different than most infections in that it will block Task Manager, your Internet settings & a number of important other settings on your PC. If you want to get rid of this virus, it’s highly recommended that you’re able to stop it from running before then deleting all of its files and settings. This can be done by using a program called a spyware removal tool.

You should not trust Windows Security 2011 – it’s a complete scam and should be removed at all costs. It will have infected your PC from the likes of a fake email attachment, malicious download or some other form of software; and will now be preventing your PC from running as smoothly as possible. This problem is a huge issue that’s going to lead your PC to run much slower and with a lot of problems. Fortunately, you can remove it very easily by using the steps outlined below: