Why Do Windows 10 & 8 Use Swapfile.sys, Hiberfil.sys and Pagefile.sys 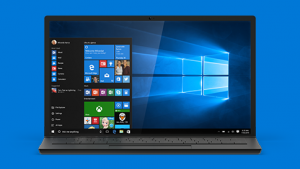 When you check out system files on Windows 10 and Windows 8, you’ll see that there are not only Pagefile.sys and Hiberfil.sys present, but that there’s a new file called Swapfile.sys. Don’t worry, it’s not a virus – this file is a swap file that Windows 8 and Windows 10 use in addition to the pagefile.sys file. Right now Windows uses this file for data from Metro apps, and it looks like it will be using it more in the future.

Why are there both Pagefile.sys and Swapfile.sys?

This is the question a lot of Windows 10 users are asking – why does the new OS need both these files? So far, Microsoft hasn’t given any official information, but it’s clear that the new swapfile is used for supporting new Microsoft apps that are called universal apps, Metro apps, modern apps and so on (there’s still no official name for them). These apps need a special swapping file because they don’t work in the same way as ordinary desktop apps. The new apps are more intelligent when it comes to managing memory. That’s why Microsoft found it more efficient to not use the standard pagefile.sys for these apps and create a new virtual memory file.

The new swapfile in Windows 10 is not at all large, so there’s no need to do anything about it. You’d be better off leaving it alone and letting it perform normally. However, if you do want to delete Swapfile.sys, you can do it fairly easily:

Both Swapfile.exe and Pagefile.exe will be gone after you reboot your PC. If you want to get them back, simply set Windows to manage the paging file size automatically.